Liposuction in Houston is a treatment for removing fat deposits from the body. Different liposuction forms exist, but they all include making tiny incisions in the body to disrupt fat cells and remove the fat using a suction-enabled system called a cannula. Something that slices through all of the skin’s layers is likely to leave a noticeable wound for a long time. Incisions made during liposuction are no exception. These incisions, which are typically less than an inch long, may transition to a scab, which may leave a noticeable scar. 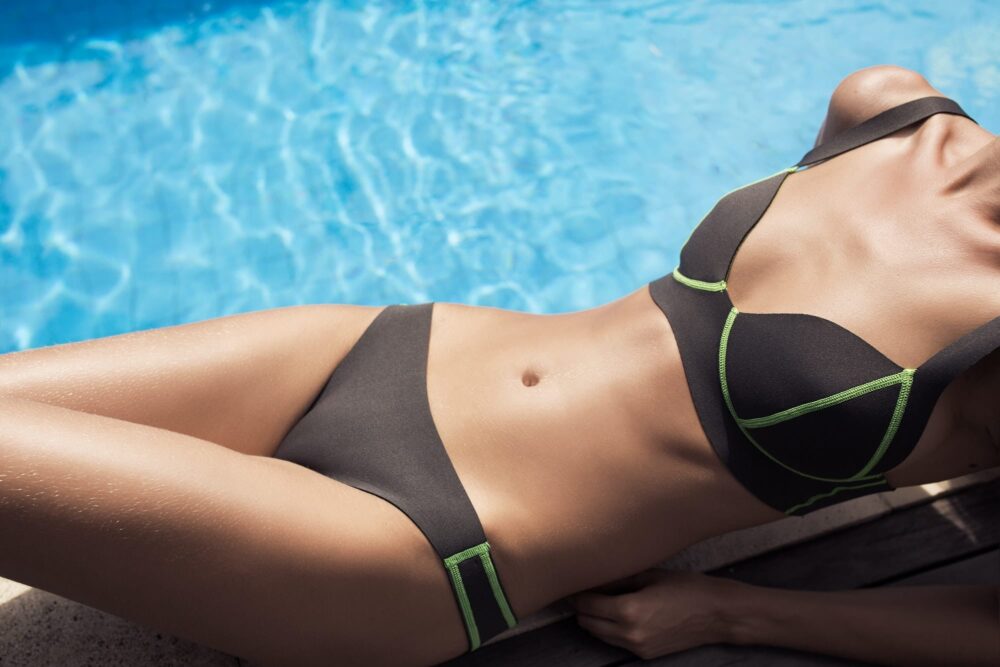 Is liposuction likely to leave scars?

When we talk about scars, we’re usually referring to noticeable scars. Scarring occurs if the skin is punctured, whether through a circular biopsy jab, a scalpel, or with an accident. Under a microscope, no matter how well an incision heals, there will still be a scar. The most common issue is whether or not the scar would be noticeable to the naked eye. However, it’s vital to know that there is no such thing as “scar less” liposuction Houston. Modern liposuction is minimally painful. However, it does necessitate several minor incisions. The risk of noticeable scarring from liposuction is very low, and most people do not need to be concerned.
After liposuction, significant scarring is rare. To prevent scarring after liposuction, an experienced medical practitioner knows what to do and when to stop. In the ideal world, the medical practitioner would make the incisions as small as possible and position them in the most inconspicuous places possible. Scarring from liposuction may occur as a result of poor incision placement during the process.
Another side effect of liposuction is hyperpigmentation, which may make the incision appear more visible on the skin until it heals. Some individuals are predisposed to having keloid scars on their bodies due to a genetic predisposition. If you have a history of keloid marks, keep this in mind if you’re thinking about getting liposuction.
Following liposuction, the medical practitioner may advise you to wear compression garments over the region where the fat deposits were extracted. By following your provider’s directions and wearing these garments properly, you will reduce the risk of scarring from the operation.

Do liposuction wounds fade with time?

Liposuction scars typically fade away after a year or two.
After the liposuction procedure, it is essential to pay close attention to and care for the scarred tissue. Dyschromia, also known as discoloration, is one of the most commonly mentioned problems. It may progress to hyperpigmentation, in which the scarred region appears darker, or hypopigmentation, in which the scars appear lighter.
There are also less common liposuction scars to be aware of, such as atrophic scars, which sink deep into the skin’s surface due to fat or muscle loss. Some scars appear slightly elevated on the skin’s surface, known as hypertrophic scars, but these can fade over time. A keloid is a scar that is irregular in form and hard to touch. It can also be raised and has a pink or purple color to it. Inform the medical practitioner at ShineMD whether you have a history of keloid scarring due to previous injuries.

Silicone gel and gel sheets have become a standard at-home treatment for reducing scar appearance. When used as directed and on a regular basis, medical literature suggests that these techniques can help to reduce the presence of scarring.
According to researchers, silicone gel hydrates the skin. It prevents the body from overcompensating with extra collagen cells during the healing process, which causes elevated and visible wounds. According to experts, this form of scar revision is recommended as a first-line treatment before moving on to other options.

A medical practitioner may extract layers of scar tissue from your skin using chemical peels or microdermabrasion. These procedures can be done in the medical practitioner’s office and do not require any extra recovery time.
Redness is the most common side effect. Everyone’s skin reacts differently to this therapy, so you can need more than one session to see the scarring disappear.

Before and After gallery.

Cryotherapy can be used to treat hypertrophic and keloid scars. This technique pierces the scar tissue and freezes it from the inside out with nitrogen gas. The scar then separates from the healthy skin tissue around it and “releases.” Cryotherapy is a straightforward procedure that doctors can conduct in an outpatient environment and does not cause much pain or discomfort.
Scars will swell, discharge, and then disappear as a result of cryotherapy. Although no credible studies compare this form of scar treatment to those in the medical literature, this procedure can minimize scar appearance.

Laser therapy – A form of treatment that uses light

Another outpatient treatment that can help break up keloid and hypertrophic scars caused by liposuction is laser therapy. A laser is used to heat the scar tissue while promoting healthy cell growth in the surrounding region.
Laser therapy is a straightforward treatment with a quick recovery time. However, multiple procedures are often required, and the effects can take months to notice.

If you have severe, highly noticeable scarring that makes you feel self-conscious, scar removal procedure is a choice. This is the most invasive form of scar removal, and it has the potential to leave more scars behind.
Scars that form during the healing process after traditional liposuction are unlikely to necessitate surgery to remove. This procedure is only recommended for extreme cases when other options will not provide the desired outcome.

Last but not least

Chat with your healthcare provider at ShineMD if you have noticeable scarring after a liposuction operation. They might be able to tell you why your scars aren’t fading, and they might even provide scar removal services.
If you’re thinking about having liposuction in Houston but are worried about scarring, make an appointment with a medical practitioner at ShineMD. After discussing your family history and any previous scarring, a specialist should be able to give you an accurate estimate of how likely you are to develop scars as a result of this procedure.

Here at ShineMD Medspa & Liposuction Centre in Houston, TX, we give you solutions. So, please book an appointment with us today and get a one-on-one consultation with the best board-certified skin specialists in town. You can call us at 832.509.5099 to schedule an appointment also. Read ahead, and we’ll walk you through everything you need to know—one step at a time.

CareCredit, a Synchrony solution, is a leading healthcare credit card offering promotional financing to consumers for health, medical, veterinary and personal care procedures, services and products. For more than 30 years, the CareCredit credit card has helped millions of people by offering special financing options with convenient monthly payments. And, providers get paid in two business days. CareCredit is accepted at more than 240,000 locations for a wide variety of health and wellness procedures, treatments, products and services.

What to expect during coolsculpting treatment?

You likely have seen advertisements for CoolSculpting. The revolutionary fat-freezing process’s popularity has skyrocketed globally in the past decade. The simple fact that it is

Everything You Need to Know About Lip Fillers

Things You Should Know Before Arm Liposuction

What is Breast Lift With Pideal Threads?

BROADBAND LIGHT(BBL) THERAPY AND ITS SPECIFICATIONS

(*) Disclaimer: Results aren’t guaranteed, might not be permanent and can vary per individual. Some images are of models, not actual patients. The information throughout this site is not intended to be taken as medical information. The info given from ShineMD Medspa & Liposuction Center is intended to provide general information regarding breast augmentation, weight loss, liposuction,  smartlipo, vaser lipo, Brazilian butt lift, fat transfer, mommy makeover, facelift, buttocks lift non-surgical rejuvenation, botox, dermal fillers, medical spa treatments, and much more for residents of Houston, Katy, Sugar Land, humble, woodlands, memorial city, river oaks, spring, Pearland, post oak, Dallas, San Antonio, Austin and nearby regions of Texas. If you are interested in finding out more, please contact our office today for a personal consultation.